The paper is concerned with the approach to modeling the development prospects of the Russian coal industry. A brief overview of the simulation modeling experience is given. A profile of the Russian coal industry and its specific features are given as an object of research. A research workflow is provided. The hierarchy of levels of studying the Russian coal industry and the system of models corresponding to these levels are shown. The system of models is represented by optimization and simulation models corresponding to various hierarchical levels (Russia as a whole, federal districts, federal subjects, and companies). Separate optimization models have been developed to make projections of the development of production, consumption, and supply of steam and coking coal. Consumer costs of coal purchase and transportation are minimized provided that a given demand for coal and other constraints are met. The simulation models are of four types, corresponding to different levels of hierarchy and aspects of consideration. An aggregated diagram of the relationships between the models is studied. We detail the most frequently used types of models that either represent the last option for certain studies or are typical of a given category. To fit each study, either previously developed models were adjusted or new ones were developed. References to the studies carried out using the tools covered in this paper are provided. 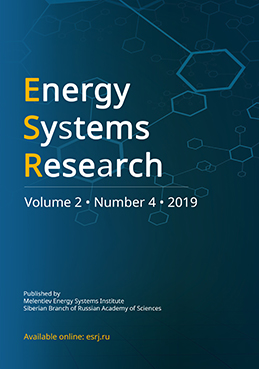